Tampa is but a small portion of Florida’s Central West Coast as it stretches from Sarasota in the South to Dunedin in the North. The sea is an important aspect of life on the Gulf Coast, but it also compliments a thriving business dynamic, cultural and culinary epicenter. Busch Gardens Africa, one of the country’s largest zoos; the Sarasota Museum of Art; and a thriving downtown waterfront in Tampa, not to mention the Ybor City historic district. 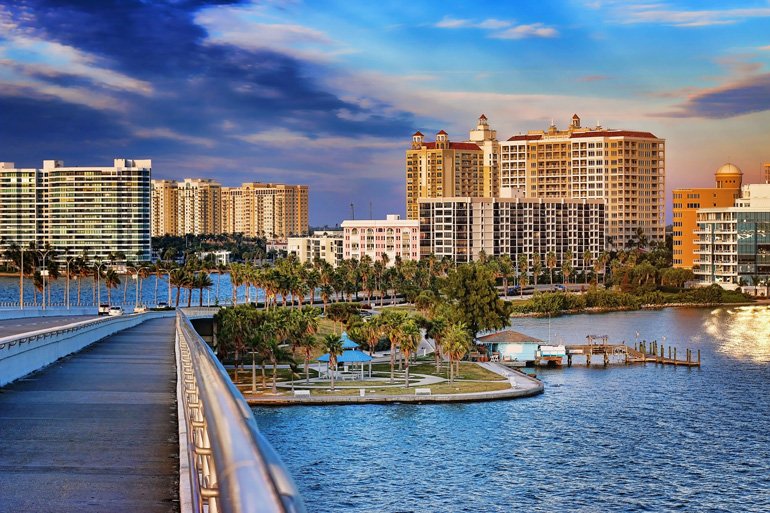 Big-city amenities mixed with sophisticated small-town charm make Sarasota County and its Gulf Coast beaches the perfect location. Sarasota is a city south of Tampa on Florida’s Gulf Coast that was once the winter home of the Ringling Brothers Circus. Today, it hosts a number of cultural institutes, notably the Ringling Museum of Art, which showcases old masters and modern art. It’s also the gateway to miles of beaches with fine sand and shallow waters, such as Lido Beach and Siesta Key Beach. ― Google 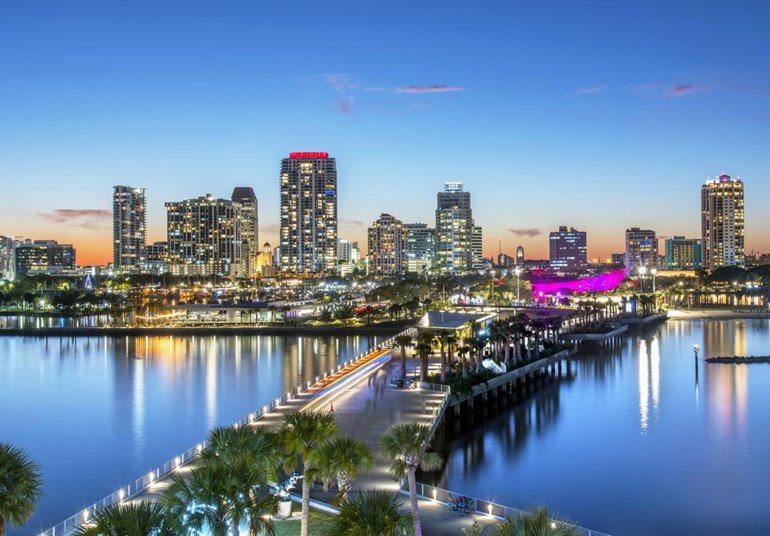 St. Petersburg is a city on Florida’s gulf coast, part of the Tampa Bay area. It’s known for its pleasant weather (hence its “Sunshine City” nickname), making it popular for golfing, boating, fishing and beachgoing. Its waterfront parks host the Dali Museum, featuring surrealist works of art; the Museum of Fine Arts, with works ranging from ancient to contemporary; and Mahaffey Theater, home of the Florida Orchestra. ― Google 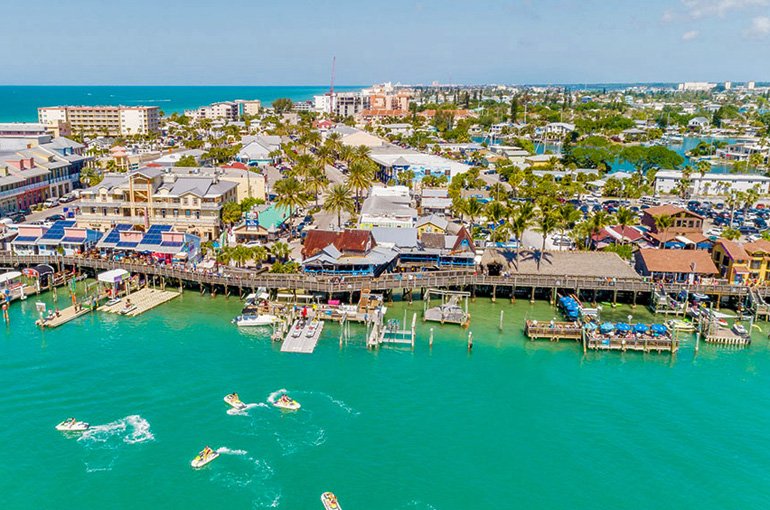 Madeira Beach, a Gulf of Mexico beach city just west of St. Petersburg, is best known for the sea-themed John’s Pass Village and Boardwalk, which serves up shops and eateries and a 1,100-foot boardwalk along the Intracoastal waterway. Madeira Beach is a city in Pinellas County, Florida, United States, bordered on the west by the Gulf of Mexico, and on the east by St. Petersburg. As of the 2010 census, the population was 4,263. The area is primarily residential, with little or no industrial or sizable service businesses. – Wikipedia 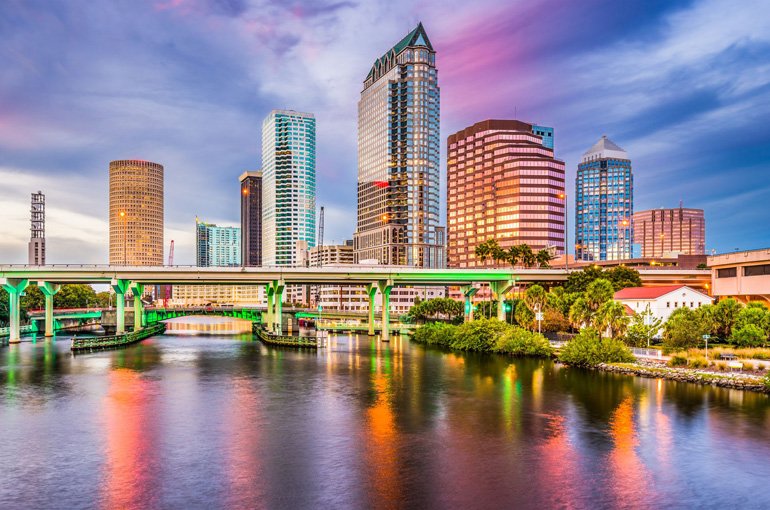 Tampa Bay is a large natural harbor and shallow estuary connected to the Gulf of Mexico on the west central coast of Florida, comprising Hillsborough Bay, McKay Bay, Old Tampa Bay, Middle Tampa Bay, and Lower Tampa Bay. The largest freshwater inflow into the bay is the Hillsborough River, which flows into Hillsborough Bay in downtown Tampa.Tampa is a major business center, it’s also known for its museums and other cultural offerings. Busch Gardens is an African-themed amusement park with thrill rides and animal-viewing areas. The historic Ybor City neighborhood, developed by Cuban and Spanish cigar-factory workers at the turn of the 20th century, is a dining and nightlife destination. ― Google 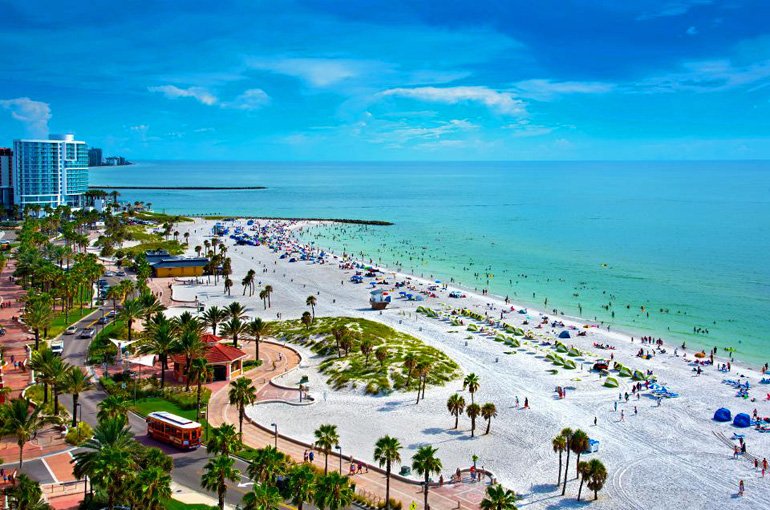 Clearwater is a city in Florida’s Tampa Bay area known for sunny weather and gulf coast beaches. Clearwater Beach, on a barrier island, is a 3-mile stretch of white sand backed by hotels and restaurants. Injured dolphins and sea turtles are rehabilitated at the Clearwater Marine Aquarium. At the city’s Spectrum Field, the Phillies pro baseball team plays spring training games. ― Google 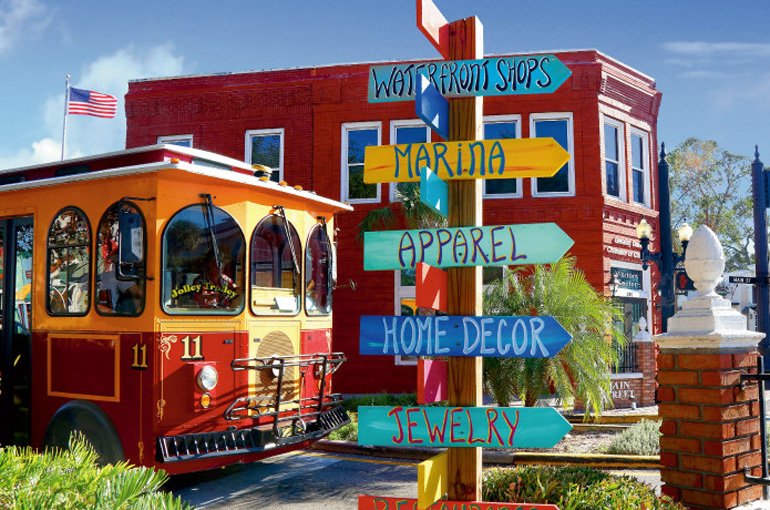 Dunedin is a city on Florida’s Gulf Coast. It’s known for the beaches, pine forest and ospreys of Honeymoon Island State Park. The island is linked to the mainland by Dunedin Causeway, which offers views over St. Joseph Sound. Downtown, Hammock Park is home to owls, woodpeckers and a butterfly garden. The Fred Marquis Pinellas Trail runs through the city. West, kayaks dot the mangroves of Caladesi Island State Park. ― Google