The Orlando area has become synonymous as an international destination and cosmopolitan region not only for the world renowned theme parks of Disney, Universal and Sea World, but for their culinary, golf, and many entertainment achievements too numerous to mention. This hub of entertainment, cuisine, and sports is a magnet for adventure and life style.

Orlando is the center of the Orlando metropolitan area, which had a population of 2,509,831, according to U.S. Census Bureau figures released in July 2017, making it the 23rd-largest metropolitan area in the United States, the sixth-largest metropolitan area in the Southern United States, and the third-largest metropolitan area in Florida behind Miami and Tampa. As of 2019, Orlando had an estimated city-proper population of 287,442, making it the 71st-largest city in the United States, the fourth-largest city in Florida, and the state’s largest inland city. The City of Orlando is nicknamed “the City Beautiful”, and its symbol is the Linton E. Allen Memorial Fountain, commonly referred to as simply the “Lake Eola fountain” at Lake Eola Park. Orlando, a city in central Florida, is home to more than a dozen theme parks. Chief among its claims to fame is Walt Disney World, comprised of parks like the Magic Kingdom and Epcot, as well as water parks. Another major destination, Universal Orlando, offers Universal Studios and Islands of Adventure, with the Wizarding World of Harry Potter straddling both. ― Google 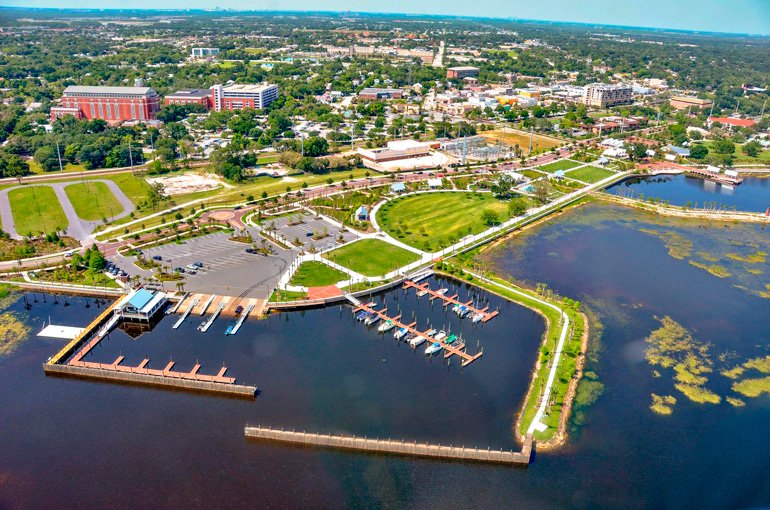 Kissimmee is a city in central Florida’s Osceola County, just south of Orlando. It’s defined by its proximity to the region’s multitude of amusement parks, including the massive Walt Disney World Resort complex. Kissimmee, Fla., is a place where you can find excitement for everyone and time to just be together. Whether you relax at nearby outdoor adventures or explore the close world-famous theme parks, you and your family will never run out of things to do or see.The city lies along the northwest shore of Lake Tohopekaliga (nicknamed Lake Toho), and its verdant Kissimmee Waterfront Park encompasses walking paths, playgrounds and a fishing pier. ― Google